We have 16 sailboats available every day and any day at any time. There are no time blocks, windows, minimum or maximum times.

The VICTORY 21 was first manufactured by Henry R. McCune (later the builder of the YORKTOWN sailboats) as a one-design class boat.
Some 126 boats were built before the operation was sold to Wesco Marine in 1964.
Another model called the AURORA 21 had the same hull but with a larger cabin.
Changes to the original design made by Wesco included making the cockpit self-bailing and installing a sliding hatch on the cabin.
Between 1969 and 1970, the boats were built by Coronado Yachts. Later, production was resumed by Catalina Yachts where it became the CAPRI VICTORY.

The Victory sloop was designed by Ted Carpentier, naval architect, and first manufactured by Henry R. McCune in 1959. It was designed as a one-design class boat, fully competitive in any range of of comparable boats. Some 126 boats were manufactured before it was sold to Wesco Marine. Wesco Marine started with boat #150, leaving a gap from #127 through #149. Wesco began their production in 1964. They produced two boats: the Victory 21 and the Aurora 21. The understand the Aurora and the Victory share the same hull, but the Aurora has a cruising configuration for the cabin. The Victory displaced 1350 lbs. while the Aurora was somewhat larger, displacing 1800 lbs.

1969 saw the introduction of these boats under the name of Coronado Yachts (along with Avalon 25, Coronado, 25 and Coronado 34) as a division of the Whittaker Corporation. Whittaker had been in the boat production business since 1963 as Columbia Yachts. They produced some other interesting marine related products such a life pods used for emergency evacuation from offshore oil rigs. The Coronados were originally produced only in the plant in Costa Mesa, CA.. Larger boats would eventually be built at the Columbia plant in either Portsmouth or Chesapeake, VA. In 1970, the Victory 21 (and the Aurora 21 and Avalon 25) was dropped from production. Approximately 616 boats had been manufactured by this time which would indicate hull #593 as being the last hull produced.

At about this time Catalina Yachts acquired the manufacturing right to the Victory 21. I am uncertain if they began production immediately, but they apparently had production through 1973 or early 1974. At this time they ceased production for a period of more than a year with the board of NAVSO (National Association of Victory Sloop Owners) asking Catalina Yachts in December 1974 to make a policy statement concerning the future availability of new Victory 21 sailboats. The company resumed production through the early 1980’s. The latest documented information I have shows the boat’s standard price was $3,295.00 as of November 15, 1980. The final number of boats produced is about 690.

Catalina sold the Victory as a Capri Victory 21. They used the “old style” Catalina 22 mast. It has an oval shape, and was shortened about a foot. It should be 23 feet 6.4 inches long maximum. The boom is slightly over 10 feet. The official NAVSO measurement certificate shows the specifications.

There have been some measurement and specification changes over the years in an effort to increase its speed and ease of handling. However, the basic qualities of measurement and specifications remain the same as the original. In 1968, Wesco Marine made the boat self-bailing, redesigning the cockpit and installing a sliding hatch on the cabin. The cabin entrance was redesigned so it could be secured with a lock. These changes were made in the #490-500 area.

The above history is compiled from correspondence with other Victory owners, from Coronado Sailboat History and from information courtesy of David Graas at Catalina Yachts. (Posted in https://forums.sailinganarchy.com/index.php?/topic/47819-does-anyone-remember-the-victory-21-sailboat/ on 01/29/2007)

See US Sailing for Victory Sailboats 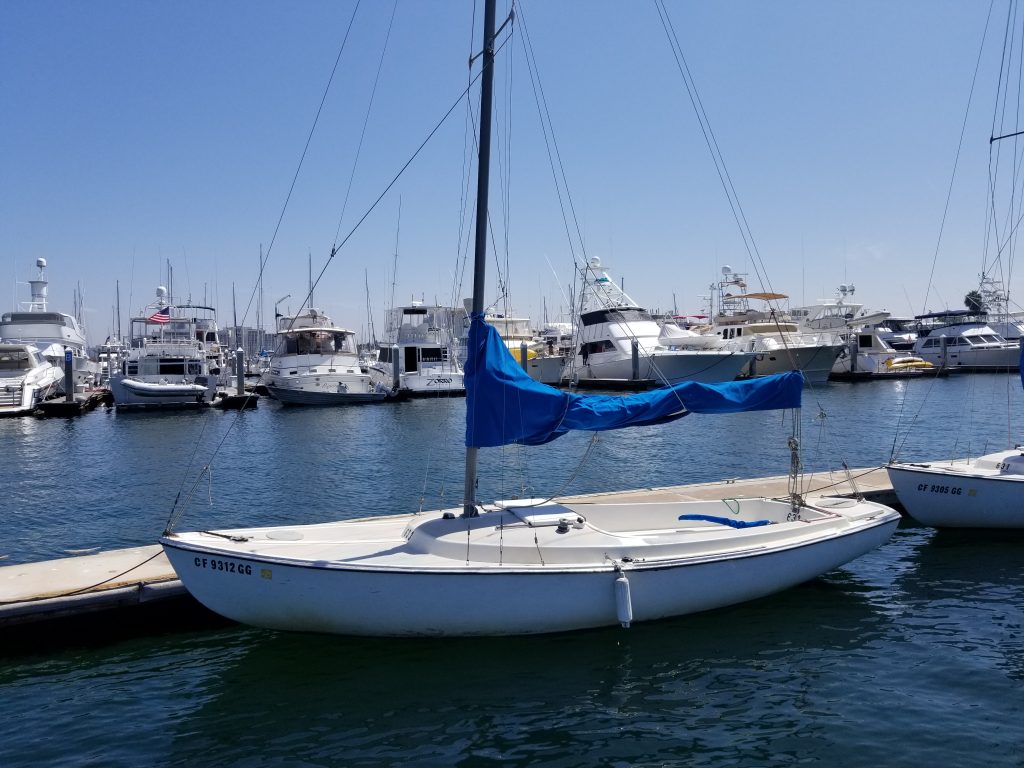 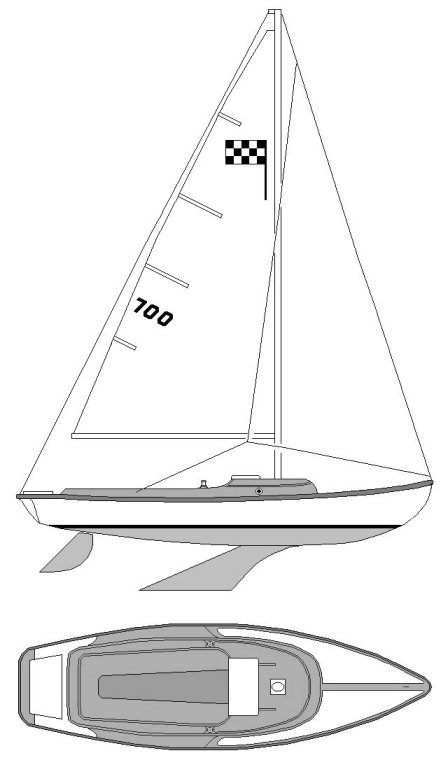 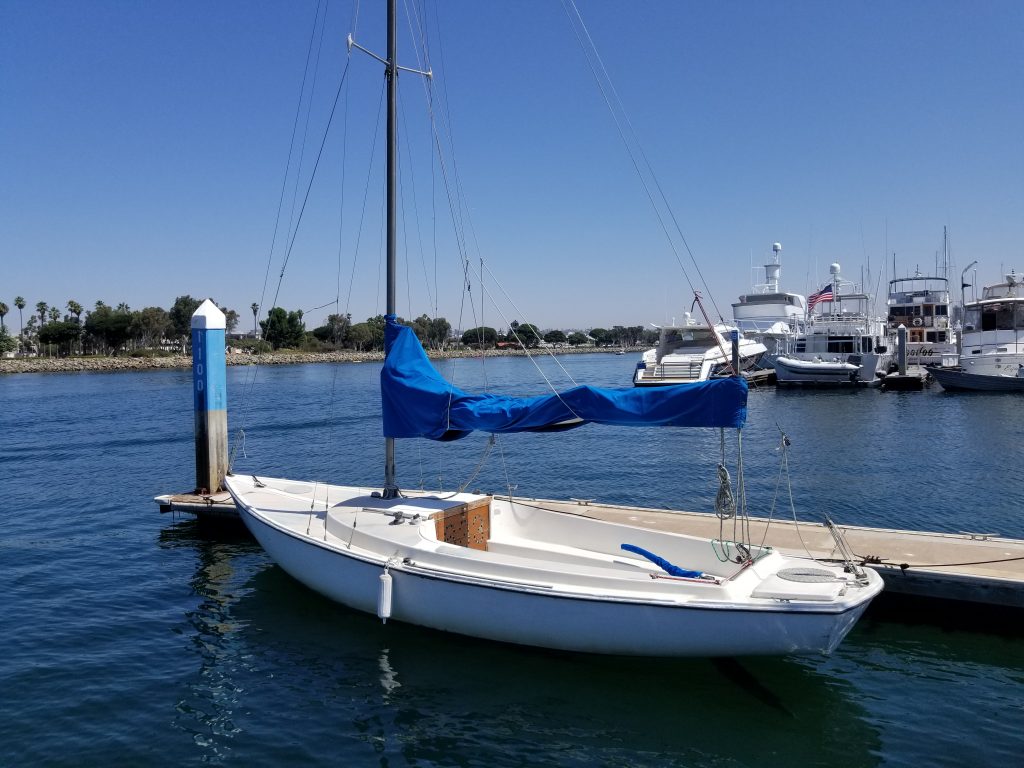 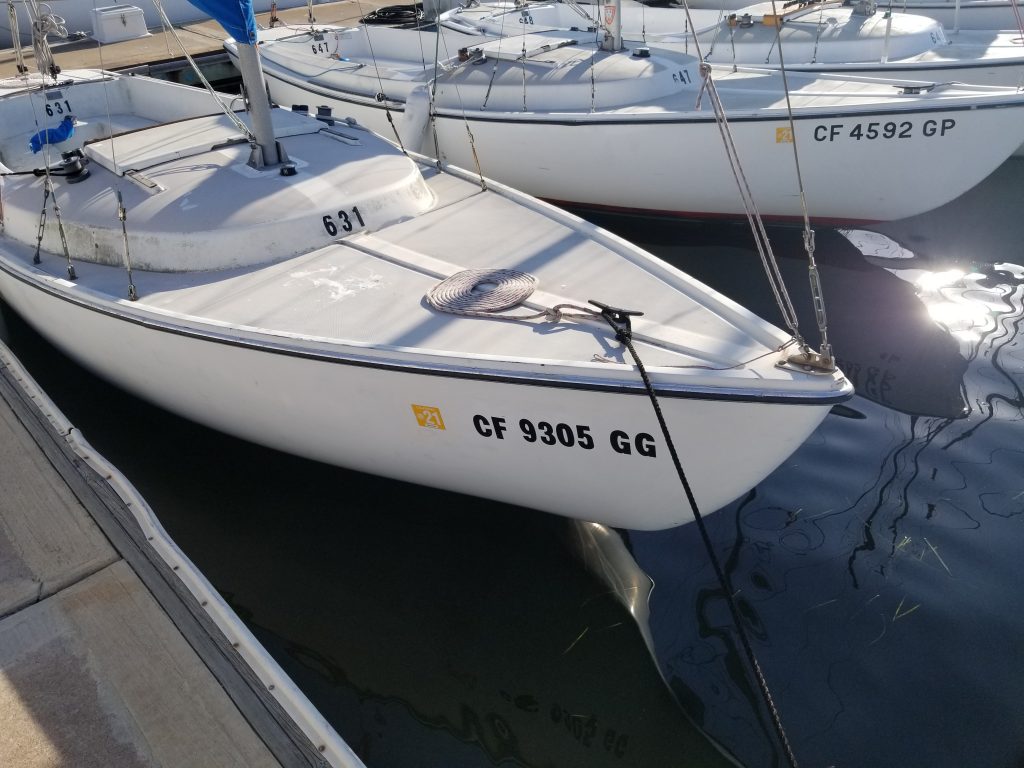 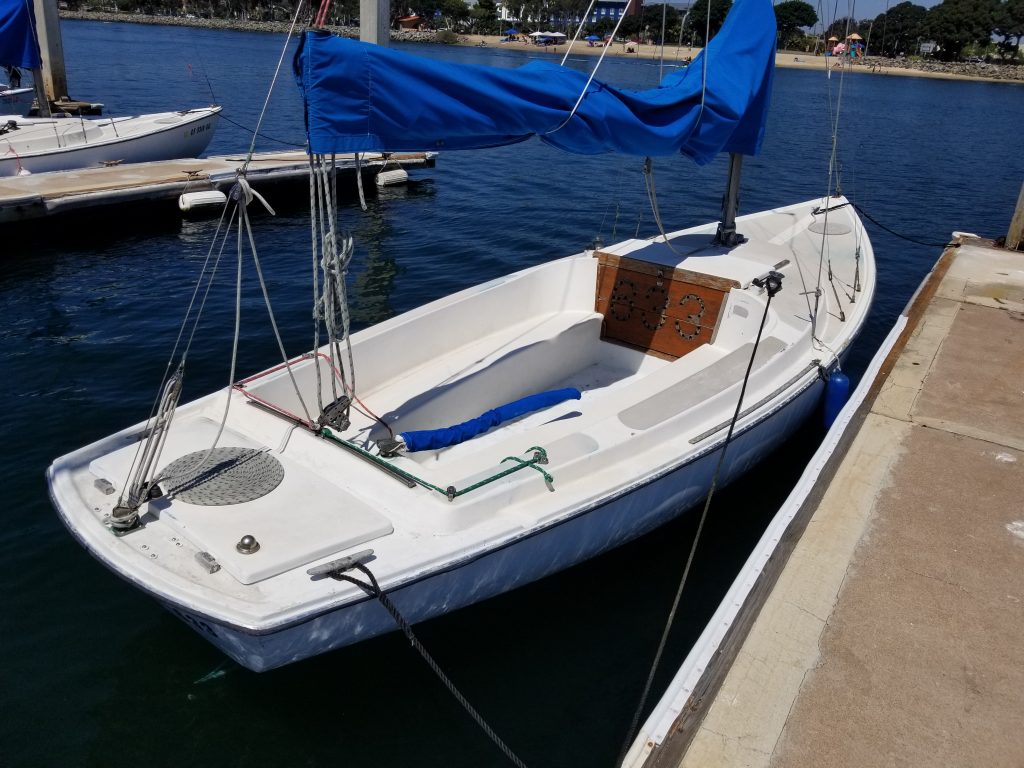 23 ft Pearson Ensign with outboard motor and furling jib. She’s fast, stable and easy to handle. Great for a day of casual small-boat sailing with friends.

The original Ensign was designed by Carl Alberg and built by Pearson Yachts of Bristol, Rhode Island. From 1962 to 1983, Pearson built 1776 Ensigns. In the following 18 years the only Ensigns that were available were existing boats. That all changed in the year 2000, when Ensign Spars, Inc. became the official licensed builder of the new Ensign Classic. Through a unique arrangement with the Ensign Class Association, Ensign Spars is the only official licensed builder of the new Ensign Classic. Built to original specifications, the Ensign Classic is the same boat Pearson Yachts built; a design that has lasted through the years, making old, restored Ensigns competitive with new Ensigns built by Ensign Spars.” 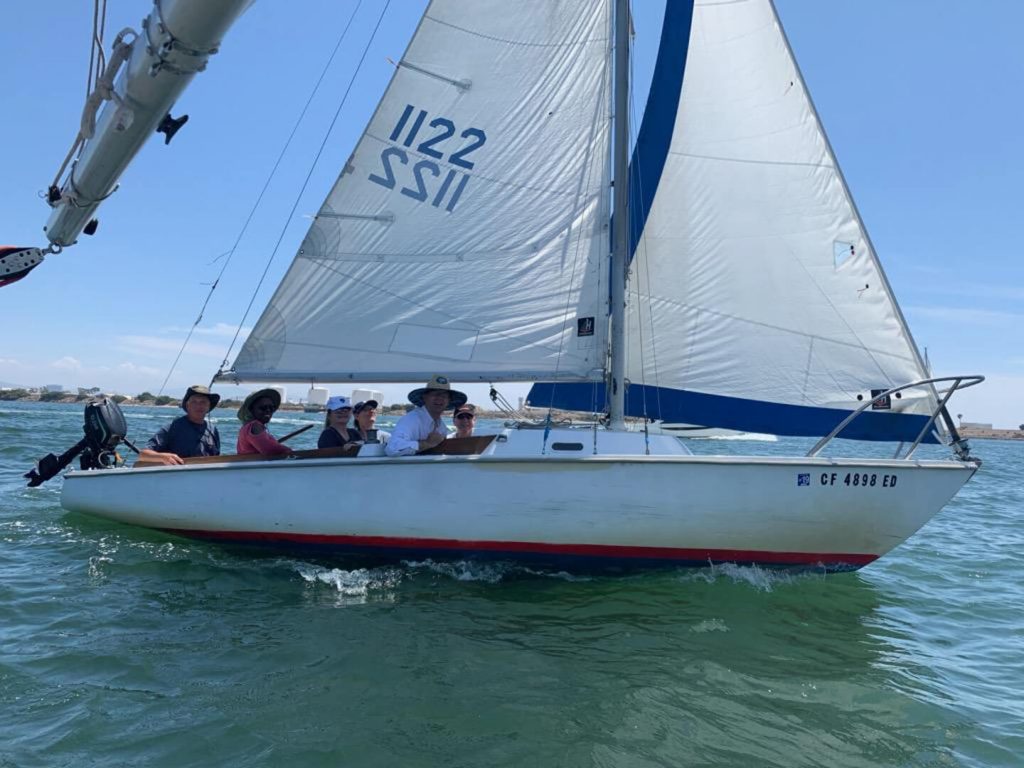 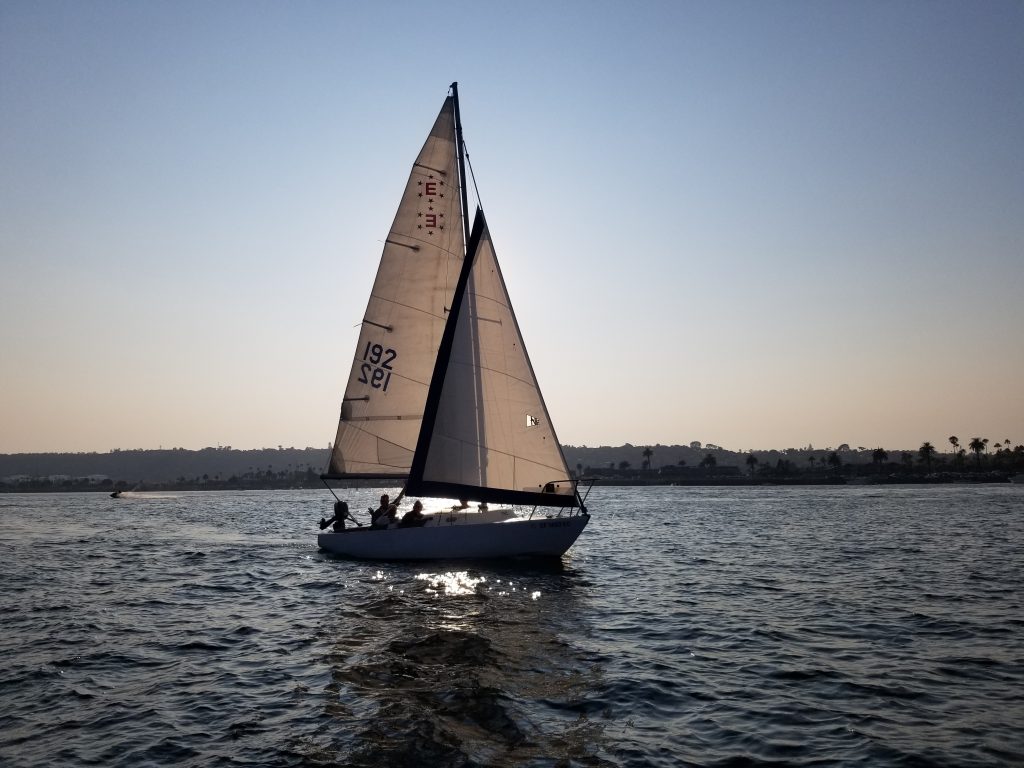 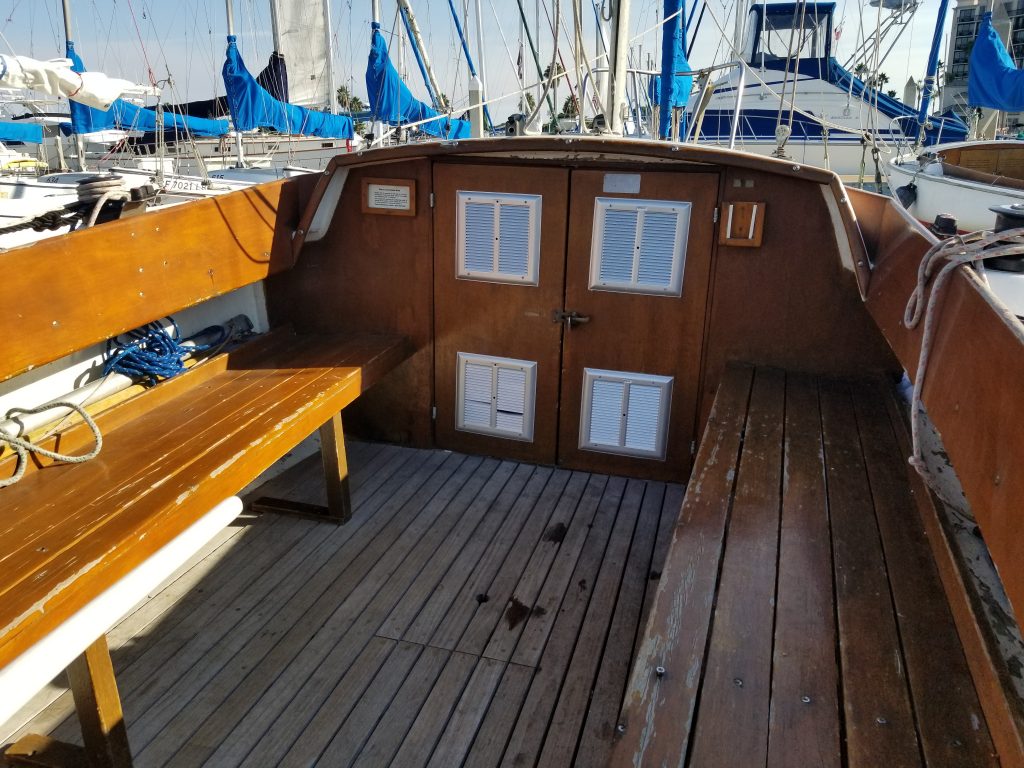 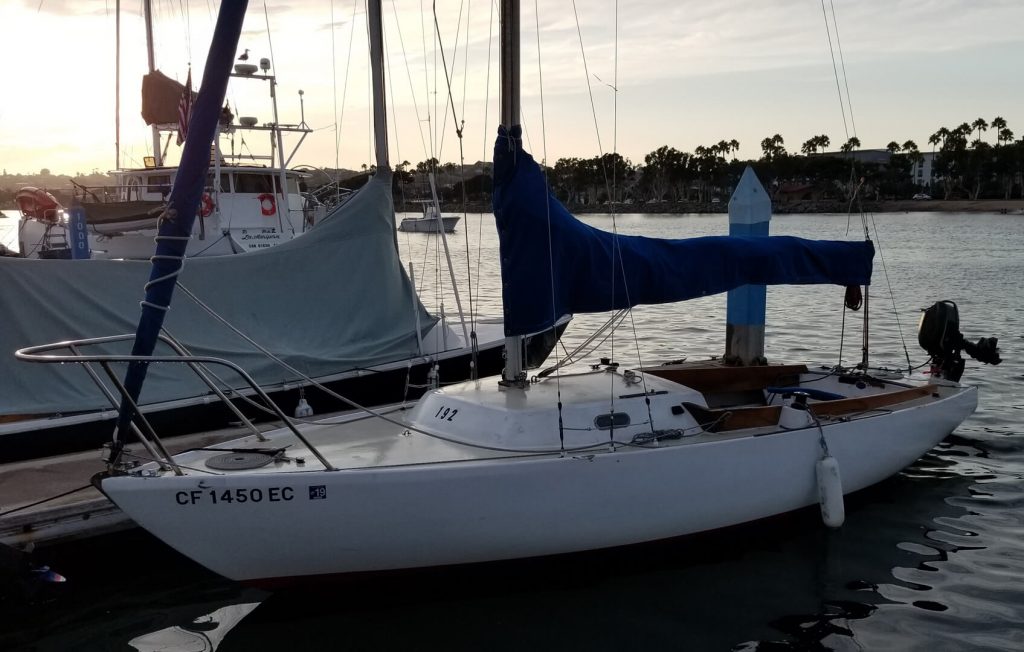 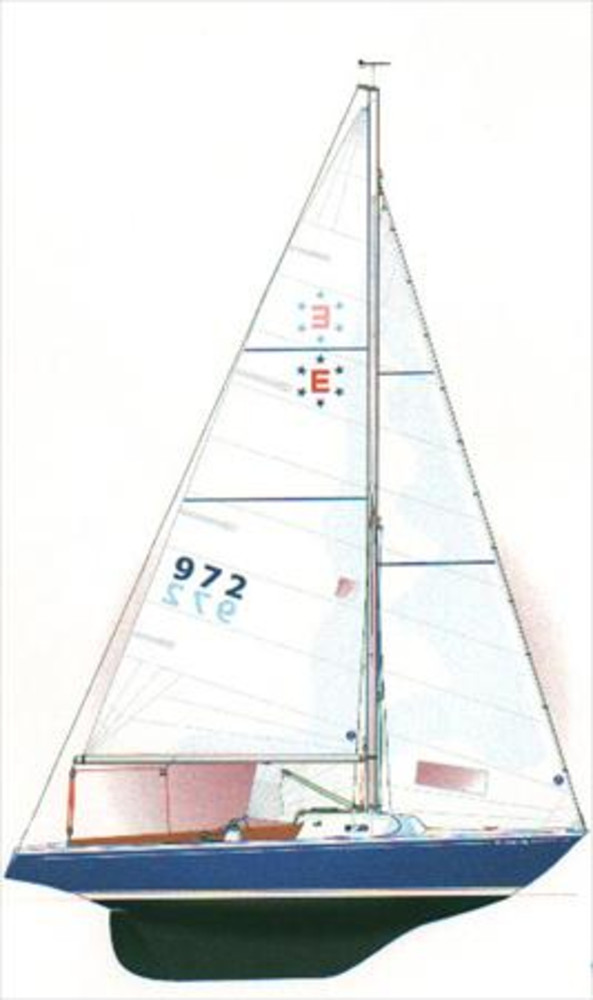