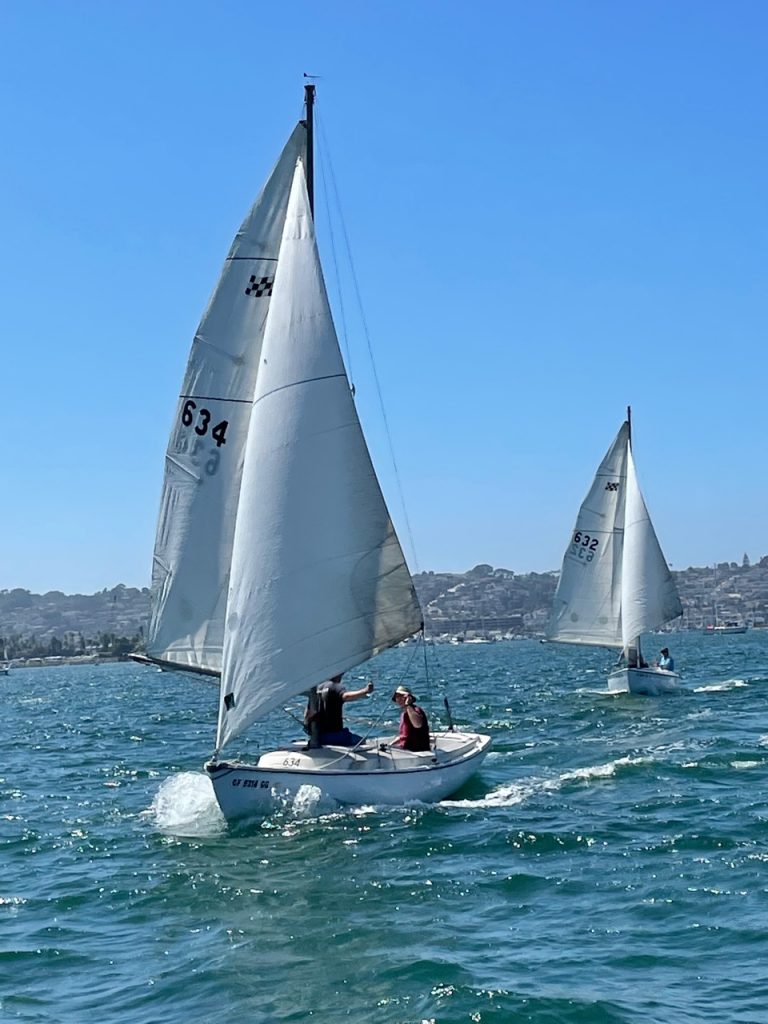 Wing-on-wing is a sailboat term for sailing directly downwind on a run and deploying the main sail to the one side of the sailboat (e.g. starboard side) and flying the jib sail on the opposite side (port side) as depicted in this photo on Convair Sailing Club sailboat Victory #634 with Victory #632 following close […]

Two Victory sailboats from Convair Sailing Club participating in a Victory regatta sailing on San Diego bay on a downwind run sailing wing-on-wing. The sailboat crew’s ability to achieve this wing-on-wing sail configuration will greatly maximize the power of the wind. Furthermore the skipper’s skill to get the sailboat and sails in the correct position […]